Republicans Get Duck Dynasty-Religion with Robertson in RLC 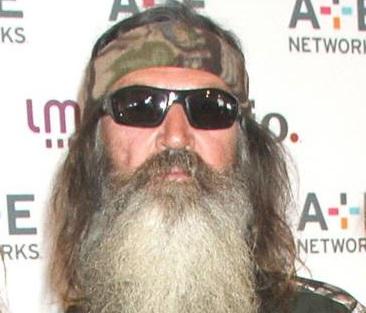 Last week, the Duck Dynasty patriarch Phil Robertson, who, along with his participation in the reality show, is known for his controversial views on African Americans during the pre-civil rights era and homosexuals came down to New Orleans to speak to the Republican Leadership Conference. While Robertson asserted that he’s “not a political person,” he had plenty to say to the audience in a speech that was “more a sermon than a political address.”

Not surprisingly, a major part of Robertson’s speech was dedicated to religion. He emphasized that America was not built as a religious nation but as a Christian nation, specifically. Republicans therefore need to return to biblical teachings and announce itself as the party tied to Christianity. He said that if the party wants to turn around, it has to “get godly.” “You can’t be right for America if you’re wrong with God,” he insisted. “Where there is no Jesus, the love rate is always real low and the crime rate is always real high.”

Robertson expressed his concern for the separation of state and church, arguing that that doctrine needs to evaluated: “We threw God out of the schools. We threw God out of the courthouses (...) Separation of church and state? I’m telling you right [now] what our Founding Fathers said and it doesn’t sound like separating God Almighty from the United States of America. It’s a lie. You remove the Bible out of schools, it was said more 200 years ago, and you are going to be wasting so much time punishing criminals. Education is useless without the Bible. Take the Bible out of schools and there’s going to be an explosion of crime.”

In Louisiana, there’s been a lively debate on the teaching of creationism alongside evolution in science classes. The Louisiana Science Education Act, signed by Gov. Bobby Jindal in 2008, allows public school teachers to bring in materials opposing scientific theories, such as evolution, in science classes. Robertson offered his opinion on evolution, too. He argued that the discovery of DNA disproves evolution: "Our college professors told me we crawled out of the ocean. They didn't even know what DNA was then. I don't think Charles Darwin, if he had known about DNA, he would have ever said they would have crawled out of ocean in Australia." After the discovery of DNA, he said, “half of our scientists right there jumped ship, said Darwin was wrong. And the other half buried their heads in the sand."

Another hot topic in Louisiana is Obamacare, a law supported by Sen. Mary Landrieu, but opposed by most Republicans and currently unpopular in the general population. Robertson did not only express his disdain for the law; he also questioned why Republicans cared to spend any time on debating health care. He said: "Why all this debate over Obamacare? Here's a newsflash: Obamacare is not going to keep you from the grave. Every last one of you are going 6 feet deep. And so am I. And Obamacare is not going to keep you out of the grave."