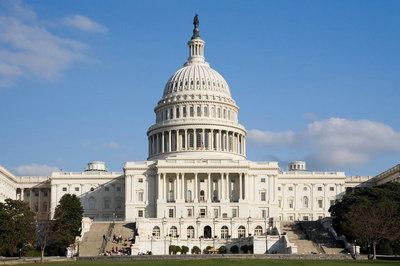 No doubt about the clout
Louisiana, which seems to be at the top of every bad list and at the bottom of every good list, is doing quite well when it comes to its clout in Congress.
Every session of Congress, Roll Call, the Capitol Hill newspaper, ranks the states in what it calls its “Clout Index.”

Consideration is given to the number of  lawmakers each state has, their seniority, assignments to leadership positions, and their positions on powerful committees.
Believe it or not, Roll Call, for the current 113th Congress, ranks Louisiana at No. 4 on the Clout Index.
“The Louisiana story is more illustrative of how a relatively small state can throw considerable weight around the Capitol if the delegation plays the internal politics right,” Roll Call said.
Keep in mind that the Clout Index was compiled before Democratic U.S. Sen. Mary Landrieu became chair of the Senate Energy and Natural Resources Committee and Republican U.S. Rep. Steve Scalise, who represents the state’s 1st District, became Majority Whip.
If both of them are around for the 114th Congress, it would not be surprising to see Louisiana ranked at No. 1 or No. 2 in the nation on the Roll Call Clout Index. That surely would be a history-making, monumental achievement.
Before getting ahead of ourselves, let’s see how little Louisiana was able to surpass all those big states on the Clout Index. Here’s what Roll Call had to say:
“Approaching the end of her third term, Democratic Sen. Mary Landrieu has claimed the gavel of the Small Business and Entrepreneurship Committee, and her Senate colleague David Vitter, after less than two terms, is the top Republican on Environment and Public Works.
“Having a lopsidedly Republican delegation in the GOP House has helped four of the state’s six congressmen secure seats on the most influential committees, the ones that have the most to do with helping the state’s oil and gas economy: Appropriations, Ways and Means, and Energy and Commerce.
“It’s little surprise the delegation has entered the ranks of those with the most built-in clout. For Landrieu especially, who’s in line to claim the Energy and Natural Resources chairmanship, it will be no surprise when these lawmakers run in 2014 with the pitch that an anti-incumbent mood is not in the voters’ enlightened self-interest.”
And so it came to pass that Landrieu did claim the chairmanship of the Energy Committee. What was unexpected is the meteoric rise of Scalise to become the third most powerful Republican in the U.S. House as Majority Whip.
With only six years of seniority, Scalise captured the coveted post, which makes him the most powerful Louisiana Republican in the House in the history of the body. Democrat Hale Boggs of New Orleans was Majority Leader in the early 1970s.
But the bottom line is this: If Landrieu is defeated this year, the Pelican State’s clout will be significantly diminished when Roll Call’s Clout Index for the 114th Congress is compiled. And if Vitter leaves to become governor in 2016, that would be another big hit.

Who hot and who’s not
Who has the clout in Congress and who doesn’t? Here are the top states and the bottom states on Roll Call’s Clout Index.
The Top 10 states with the most clout are: California, Florida, Texas, Louisiana, New York, Virginia, Michigan, New Jersey, Maryland, and Pennsylvania.
The Bottom 10, starting with the state with the least clout are: New Hampshire, Wyoming, Nevada, Nebraska, Utah, Arkansas, Idaho, Kansas, Indiana, and Vermont.
Mississippi, our neighboring state, didn’t do so badly. It came in at No. 15 on the Clout Index.

EWE leads 6th District poll
Never count Edwin Edwards out. After eight years in prison and at age 86, he is leading the crowded field in the 6th District to replace Republican U.S. Rep. Bill Cassidy, who is running for the U.S. Senate.
That’s the results of a poll released last week by Darrell Glascock of the Glascock Group. But the caveat here is that Edwards is the only Democrat in the race with seven Republican candidates.
Edwards had 32% of the vote in the poll. His two closest rivals tied at 16% – businessman Paul Dietzel and state Sen. Dan Claitor. Both defeat EWE in a hypothetical runoff.
Anything can happen in Louisiana politics, but the reality is that Edwards will have a very difficult time winning this conservative Congressional seat.
There are 482,991 registered voters in the 6th District. Of that total, 74% are white, 21% black, and 4% other races.
By party affiliation, 41% are Democrats, 33% are Republicans, and 26% are Other Parties.
Be that as it may, Edwards is having fun being in the political spotlight once again. He served  three terms in the U.S. House before being elected governor four times.