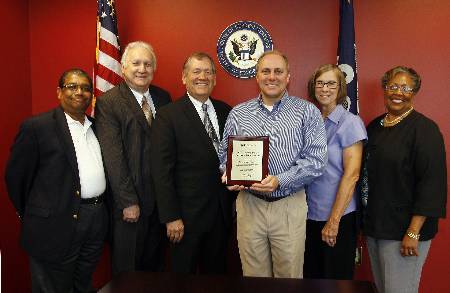 Written by Stephen Waguespack, President of Louisiana Association of Business and Industry

I do. I was at my desk in Washington, D.C., watching the C-SPAN feed of the House floor debate taking place across the street. At the time I was a legislative staffer for a Texas congressman, and even though it was a Saturday, staffers like me filled the offices throughout Congress to closely monitor this historical debate.

For a Louisiana native working on Capitol Hill, the day was significant for two reasons.

First, a deeply divided House was debating articles of impeachment for President Bill Clinton. Later that day, after hours of heated discussion, the House of Representatives forwarded two articles of impeachment against President Clinton to the U.S. Senate. While the Senate would later acquit the president of these charges, that day President Clinton became only the second U.S. President in history to be impeached, with the other being President Andrew Johnson in 1868.
Second, a congressman from my home state of Louisiana was set to play a critical part of this discussion as the overwhelming favorite to become the next speaker of the house. This would be an important platform for him to show his colleagues and the American people that he could lead the House of Representatives as speaker.

Stunning nearly everyone, Rep. Bob Livingston (R-La.) showed the nation the type of leader he was when he announced his intention to resign from Congress, thereby giving up his chance to be speaker. In the following days and weeks to come, Rep. Livingston would step aside and Rep. Dennis Hastert (R-Ill.) would instead gather the support he needed and ascend to the speakership. Hastert went on to become the longest serving Republican Speaker in the history of the House of Representatives.

With that resignation, Louisiana lost an opportunity to have a member of its delegation chosen for a Congressional leadership position. Rep. Hale Boggs (D-La.) served as majority whip from 1962–1971, and was just starting his role as majority leader when he tragically died in a plane crash in 1972. This was the last time Louisiana had a delegation member serve in leadership, and Rep. Livingston was on the verge of halting that 26-year leadership drought for the pelican state. Instead, that streak continued for 42 years, until last week when the House Republican Conference elected Rep. Steve Scalise (R-La.) as the new House majority whip.

To be sure, Louisiana has had powerful and influential leaders over that time. Some movers and shakers in D.C.’s political sphere on this list include: Rep. Livingston as chair of the mighty House Appropriations Committee, Rep. Billy Tauzin (R-La.) as chair of the House Energy and Commerce Committee, and Sen. John Breaux (D-La.) as a well respected dealmaker in the U.S. Senate during his tenure. There have been several other effective members over that timeframe.
However, for 42 years, Louisiana has not had a seat at the leadership table until now. For that reason alone, the election of Rep. Scalise as the House majority whip is a big win for the state.
In addition to the parochial pride of seeing one of our own assume the No. 3 leadership position for House Republicans, we should also take pride in the skill set he brings to the table. It seems to be just what the country needs right now.

Rep. Scalise has shown in his career that he is a conservative policymaker who believes in smaller and more efficient government. He is the former chair of the Republican Study Committee that focused on conservative policies and has generally supported and proposed policies intended to trust markets and citizens with less regulation and taxation rather than burden our economy and people with mandates and federal overreach. A strong voice for that type of approach is needed in D.C. now more than ever.

These conservative positions match up well for a conservative state like Louisiana and, just as important, well for a nation in need of leadership. In addition to his positions, he has also displayed his ability to communicate effectively and work across party lines. In an age of excessive rhetoric and sound bites, Rep. Scalise has a reputation of standing strong on policy while also accommodating colleagues with different perspectives. Since the primary role of a majority whip is to count votes, that skill set will be a valuable tool he brings to the leadership team.
The time had come for our state to return to leadership. Forty-two years was long enough. Rep. Boggs only served briefly as majority leader before his sudden death in 1972; Sen. J. Benett Johnston (D–La.) narrowly lost the majority leader election in 1988 to Sen. George Mitchell (D–Me.); and Rep. Livingston announced his resignation from Congress in 1998, only days before he was to be elected speaker of the house. Louisiana has paid its dues and the state is once again ready to help lead the nation.

Rep. Scalise worked his tail off to win this position and his hard work should benefit us all. Congratulations Majority Whip Scalise, thanks for bringing us back to the table.