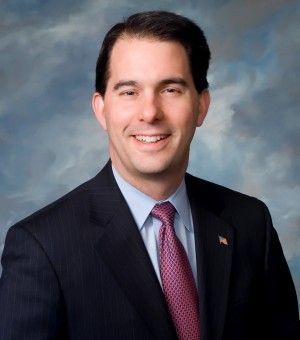 Jindal bringing up the rear

A new national poll by Quinnipiac University of potential GOP presidential candidates has Louisiana Gov. Bobby Jindal bringing up the rear out of nine contenders for the party’s nomination.

Overall, Jindal wound up with two percent of the vote.  Here are the results of the poll:

Here is how Jindal fared among the groups in the poll which identified themselves as:

The fact that Jindal got the most votes for those who consider themselves moderate or liberal has some political pundits scratching their heads because the governor has been trying to demonstrate he is a true conservative as he travels around the country.

So, the big question remains about whether Jindal will enter the presidential primary field or whether he will support one of the candidates hoping to land a vice presidential spot on the ticket should his candidate win the nomination.

Want to be a state legislator?

Thinking about running for the Louisiana House or Senate this year?  All state legislative seats will be on the ballot on October 24.

In northwest Louisiana, only three members are term-limited..  They are state Sens. Robert Adley in District 36 and Sherri Cheek Buffington in District 38, and state Rep. Roy Burrell in House District 2.

Of course, as is the case in running for any elected office these days, it takes money.  Here is a look at how much money current legislators have in their campaign accounts, recent developments, and voter stats in each parish represented:

State Rep. Henry Burns has announced for the seat as has Richey Jackson, head of the Bossier-Webster Truancy Office. Both are Republicans.

Buffington is term-limited in her Senate seat, but is expected to run for the House District 7 seat, which she can do.  As of Dec. 31, she had $48,913 in her campaign fund, which can be used for the House race.

House District 7 Rep. Richie Burford, who can run for another House term, is going to run for the Senate District 38 seat as is Caddo Assistant District Attorney Cloyce Clark.

Tarver, who previously served 20 years in the Senate, is seeking a second consecutive term.  As of Dec. 3l, he had $82,852 in his campaign fund.  No one has declared against Tarver so far.

Morris is seeking a third term.  As of Dec. 31, he had $13,674 in his campaign fund.  It is unlikely that Morris will have opposition.

Burrell is term-limited, having served three consecutive  terms.  As of Dec. 31, he had $12,572 in his campaign fund.

Reliable sources report that Sam Jenkins, a former city councilman and mayoral candidate, is going to run, however, he has not yet officially declared.

Williams can run for one more term.  As of Dec. 31, he had $750 in his campaign fund.  He recently lost an expensive race for mayor, which left him with a big personal debt.  No opposition so far.

Burford is eligible to run for a third term in the House, however, he has decided to seek the Senate District 38 seat, as was mentioned earlier.  As of Dec. 31, he had $53,307 in his campaign fund, which can be used in his Senate race.

Johnson is seeking his first full term.  He was unopposed in a special election to replace Rep. Jeff Thompson, who was elected a Bossier-Webster District Judge.  As of Dec. 31, Johnson had $21,221 in his campaign fund.  No announced opposition yet.

Burns is eligible to run for another House term, but has decided to seek the Senate District 36 seat, as previously mentioned.  As ofDec. 31, he had $26,114  in his campaign fund, which can be used for his Senate race.

His legislative assistant, Dodie Horton, is going to run for the District 9 House seat.  No one else has declared for the seat so far.

That’s the latest information on area legislative races.  Rumors abound about potential candidates and challengers.  The Fax-Netwill update these races as developments occur.

The Louisiana Legislature goes into session at  noon on Monday, April 13 and adjourns no later than 6 p.m. on Thursday, June 11.

Legislators are prohibited from holding fund- raisers during the session.